Conductor Nir Kabaretti has crafted a symphonic journey that speaks to the themes of migration, multi-culturalism and discovery spurred on worldwide by the Industrial Revolution (1750 – 1914) that continue to this day.

Rapid advances in public transportation – trains in particular – fuel the concert’s narrative backstory and inspiration for the first piece: Peter Bernstein’s new arrangement for the Santa Barbara Symphony (world concert premiere) of his father Elmer Bernstein’s charming score to the 1950s stop-action animated film, Toccata for Toy Trains. Violinist Guillermo Figueroa joins Maestro Kabaretti to explore Miguel Del Águila’s evocative Concerto for Violin and Orchestra,  El viaje de una vida (The Journey of a Lifetime) with its own unique migration story to tell. Rounding out the concert’s message of discovery, one of the greatest musical insights into American multiculturalism ever penned by a visiting foreigner, is Dvořák’s New World Symphony.

“This concert celebrates our commitment to showcasing symphonic programming inspired by both a vast range of cultures and musical genres and the treasures of our own city,” shared Nir Kabaretti, Artistic Director of the Santa Barbara Symphony. “I’m pleased to share a wonderful work by my long-time friend and incredibly talented composer, Miguel Del Águila. We are also honored to premiere Peter Bernstein’s new concert arrangement of his father’s piece: Toccata for Toy Trains! Elmer Bernstein is beloved and celebrated all over the world, and we were so lucky to have him in our community and collaborate with the Santa Barbara Symphony. We are very proud to be able to carry on his legacy in our programming. This is a concert not to be missed!”

Long-time Santa Barbara resident and American composer Elmer Bernstein (1922-2004) was one of the most highly regarded film composers of his era, composing scores for over 150 major movies including blockbusters like The Ten Commandments, The Great Escape, To Kill a Mockingbird, Ghostbusters, and The Magnificent Seven. A graduate of New York University and The Juilliard School, Elmer Bernstein was blacklisted during the McCarthy era in the early 1950s. During those blacklist years, he collaborated with Charles and Ray Eames, the world-famous mid-century husband and wife furniture and architecture design team. The Eames’ produced around 125 short art films focused on their many passions, including antique toy trains. Bernstein wrote the music for several of their shorts, including Toccata for Toy Trains (1957) is a stop-action animation fantasy of about 14 minutes shot from a toys-eye-view, with a whimsical opening narrative by Charles Eames.

Elmer Bernstein’s son, Peter, a professional jazz guitarist and film composer, is bringing his father’s original Toccata for Toy Trains score written in 1957 from the film of the same name to its first concert version in a new arrangement.

Renowned musician Guillermo Figueroa joins the orchestra to play Uruguayan-born and three-time Grammy© nominated American composer Miguel del Águila’s Concerto for Violin and Orchestra, Op. 94, El viaje de una vida (The Journey of a Lifetime). Aguila has more than 130 compositions to his credit, and his music has been performed by major orchestras and ensembles throughout the United States and abroad, including the Chicago Symphony Orchestra, Los Angeles Chamber Orchestra, Welsh BBC Orchestra, Royal Liverpool Philharmonic, and Ciudad de México Philharmonic, among many others. He has also just released Miguel Del Aguila: Orchestral Works, performed by the Augusta Symphony Orchestra, featuring Guillermo Figueroa playing the very same violin concerto on the recording.

Guillermo Figueroa is one of the most versatile and respected musical artists of his generation – renowned as a conductor, violinist, violist, and concertmaster. He is the Principal Conductor of the Santa Fe Symphony Orchestra, the Music Director of the Music in the Mountains Festival in Colorado, and the Music Director of the Lynn Philharmonia. A renowned violinist as well, he has given the world premieres of four violin concertos written for him, including the Concertino by Mario Davidovsky, at Carnegie Hall with Orpheus. Figueroa

Celebrating its 70th Anniversary, The Santa Barbara Symphony delivers artistic excellence, outstanding music education stewardship and programming, and community collaboration – all through symphonic music. Under the artistic leadership of Maestro Nir Kabaretti as Music & Artistic Director since 2006, The Symphony is one of the region’s premier cultural institutions. Through his charismatic leadership, this globally admired conductor and Santa Barbara resident invigorates audiences and musicians alike through his passion, creativity, and vast experience. As the only music education program tied to a symphony orchestra in the region, The Symphony serves more than 10,000 students annually throughout Santa Barbara County. While The Symphony continues to evolve, its mission to bring joy, engagement, and connection remain steadfast pillars and were evident in the organization’s ability to thrive during the pandemic including the historic announcement that board chair Janet Garufis and President & CEO Kathryn R Martin join Nir Kabaretti in making a five-year commitment to serve in their roles. For more information, visit TheSymphony.org.

Experience the power of musical Transformation with the Santa Barbara Symphony on February 18 at 7:30 p.m. and February 19

The Santa Barbara Symphony is pleased to announce Amy Tatum has been appointed to the position of principal flute. After 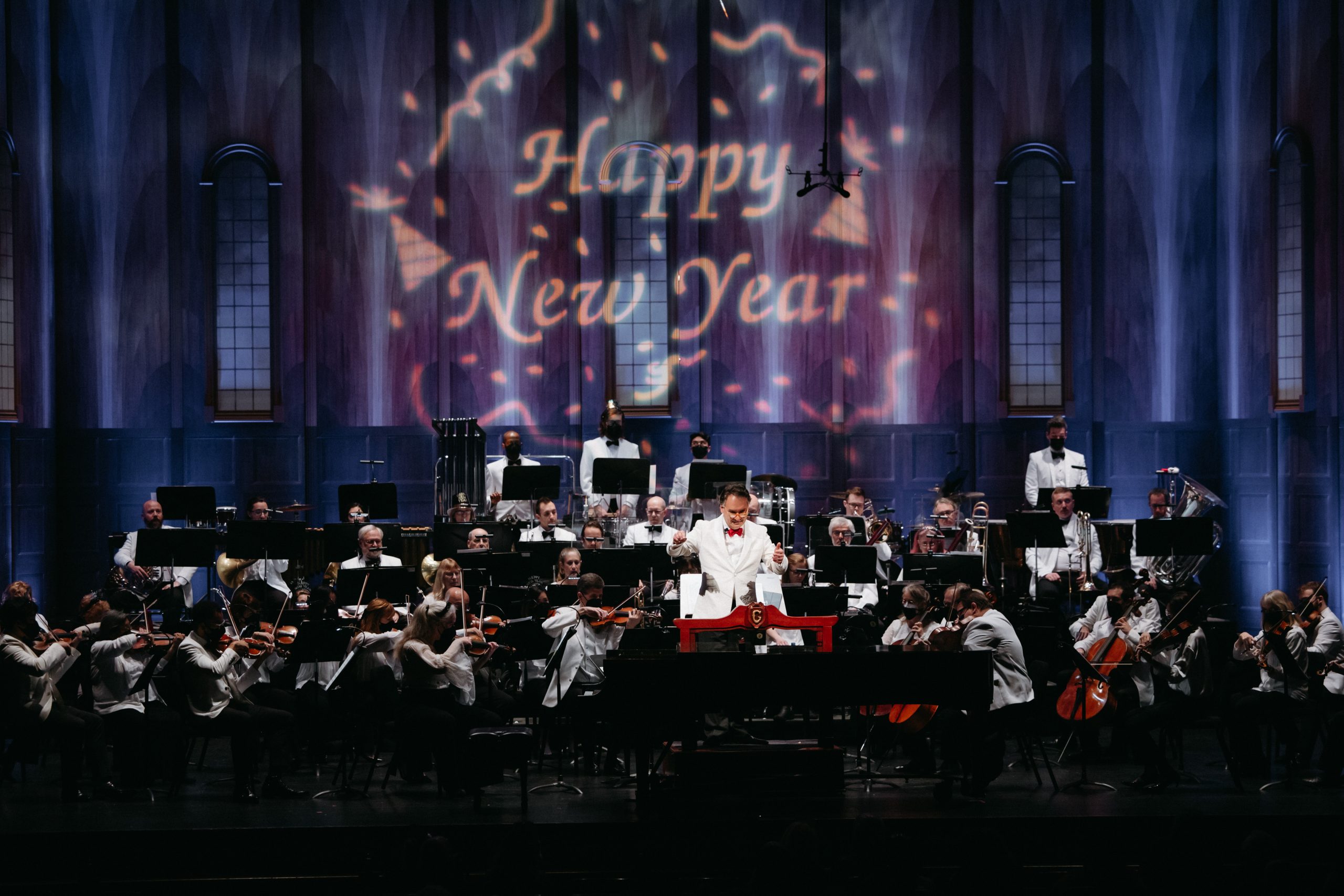 The Santa Barbara Symphony is thrilled to announce its beloved New Year’s Eve concert tradition. Downtown will be dazzling with