Welcome to a celebration of the influences of music of the Americas —- with local ties to Santa Barbara. The performance includes Uruguayan born, Grammy© nominated American composer Miguel del Águila’s Concerto for Violin and Orchestra, The Journey of a Lifetime (El viaje de una vida), with violin soloist Guillermo Figueroa, and the concert world premiere of the late Academy©-award winning, American composer and former Santa Barbara resident, Elmer Bernstein’s Toccata for Toy Trains—his score for an animated film by Ray Charles Eames, arranged into a concert piece especially for the Santa Barbara Symphony by the composer’s son, Peter. Antonín Dvorak’s magnificent Symphony No. 9, From the New World, will round out the program.

Antonín Dvorak | Symphony No. 9 “from the New World” 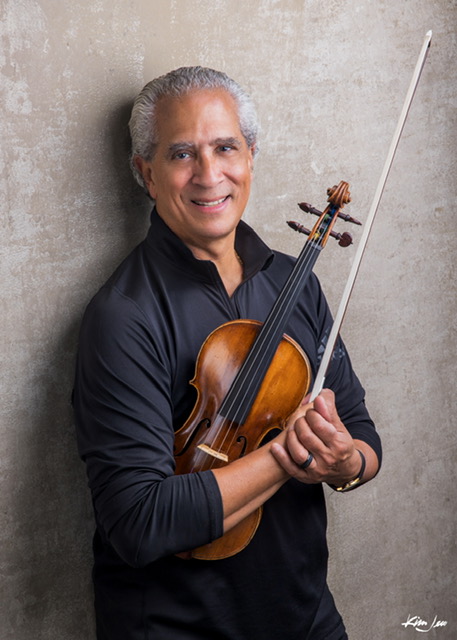 Guillermo Figueroa is one of the most versatile and respected musical artists of his generation – renowned as conductor, violinist, violist and concertmaster. He is the Principal Conductor of the Santa Fe Symphony Orchestra, the Music Director of the Music in the Mountains Festival in Colorado and Music Director of the Lynn Philharmonia. A renowned violinist as well, he has given the world premieres of four violin concertos written for him, including the Concertino by Mario Davidovsky, at Carnegie Hall with Orpheus.  He studied with his father and uncle at the Conservatory of Music in Puerto Rico, and attended Julliard School.