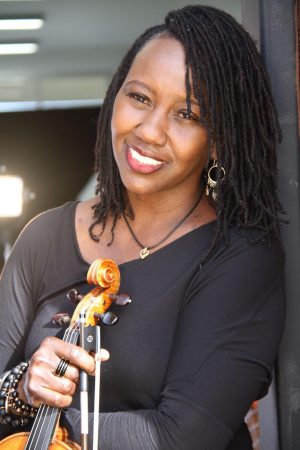 Born in Los Angeles, CA, Yvette Devereaux is a professional conductor, violinist, composer, arranger and music educator. She is the founder and artistic director of The Progressive Symphony and its educational component, The Progressive Arts Academy, based in Compton, California (where her mission was to bring quality training in the arts to communities which may be underserved and underexposed). In 1997, Maestro Devereaux competed in the “Mario Gusello” 4th International Conductor Competition, Pescara, Italy and was one of three Americans chosen as a Semi-Finalist.  In 1995 and 1998 Dr. Devereaux appeared as Guest Conductor with the Los Angeles Philharmonic Orchestra at Dorothy Chandler Pavilion with the F.A.M.E. Choirs of Los Angeles. She was a finalist for the position of Assistant Conductor of the Detroit Symphony Orchestra, Assistant Conductor of the Minnesota Symphony and Director/ Conductor of the Seattle Philharmonic Orchestra. She was the first woman to hold the position of Music Director/Conductor of the Southeast Community Symphony in Los Angeles.

Dr. Devereaux earned a Doctorate of Philosophy at Felton University, a Masters of Music degree from the Peabody Conservatory of Music and a Bachelor of Music degree from Chapman University in Orange, CA.  Dr. Devereaux was the first African-American woman to be accepted and graduated into the conducting programs at both Chapman University and the Peabody Conservatory of Music. Her principal Conducting Instructors were Fredrik Prausnitz and John Koshak. In addition, she received her violin training from Earl Carlyss (Juilliard String Quartet), Anne Thatcher, John Sambuco and many others.

In 1993 Dr. Devereaux was chosen to compete in the Antonio Pedrotti 3rd International Competition for Orchestra Conductors in Trento, Italy. She has conducted the Chapman University Chamber Orchestra and University Symphony on tour in Hong Kong, The People’s Republic of China, Spain, Hawaii and various American cities. She was a participant in the Carnegie Hall Corporation program for conductors with Pierre Boulez and spent two summers at the Conductors Guild Institute, held on the campus of the University of South Carolina. She has had the opportunity to work with such prominent conductors/composers as Jacob Druckman, Harold Farberman, Daniel Lewis, Dennis De Coteau, Lukas Foss, Samuel Adler, William Kraft and others.

When not playing the violin, Dr. Devereaux is usually composing music for various genres. She scored two short film documentaries for the production company ‘Films that Matters’ Entertainment. The shorts were titled ‘Take a Stand” and “Spiritual Divide.” In addition, Dr. Devereaux conducted the orchestra for Recording Artist, Jill Scott for the 2010 NAACPs’ Image Award (aired on Fox Network). Breaking more history, in 2008 she was one of the violinists for the recording for Aretha Franklins’ performance for President Obama’s Inauguration in 2008.

Dr. Devereaux continues to receive invitations as conductor/clinician for youth orchestras throughout the United States.  In addition to her conducting, she has a collection of over 70 arrangements that she created specifically for youth orchestras.  During November 2018 and January 2019, Dr. Devereaux was invited to conduct the Long Island String Festival (over 90 advanced string players) and in January 2014, she was invited to conduct the All County Youth Orchestra of New York (where only the most advanced and top high school players of Long Island, New York were invited to audition).

Aside from youth and professional orchestras, you can view Dr. Devereaux’s film credits as conductor/violinist for Tyler Perry’s film(s); ‘Madea’s Family Reunion’ and ‘Diary of a Mad Black Woman.’

Currently, Dr. Devereaux holds the position of Orchestra Conductor and String Specialist at the Oakwood School (Secondary) in North Hollywood. 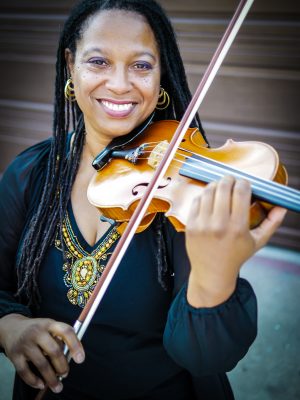 Marisa McLeod, violinist, a native of Newark, New Jersey, began her studies of the violin at the age of three. She received her Bachelor of Music degree at Montclair State University, and her Master of Music degree from the University of Rochester’s Eastman School of Music. She studied the Suzuki method and received her Suzuki certification from the Eastman School under Anastasia Jempelis. She has continued her Suzuki studies with Cathryn Lee, Edmund Sprunger, Sherry Cadow, Martha Shackford and Mark Bjork.

She was a member of the Anderson String Quartet for ten years. She has studied the art of string quartet playing with the Cleveland Quartet with Peter Salaff as her private teacher, Juilliard String Quartet, American String Quartet, and William Fitzpatrick of Le Quatuor de Deux Monde, in Fontaineblau, France.

The Andersons were artists in residence and members of the music faculty at California State University, Los Angeles. Their travels took them all over the country where they performed numerous recitals and children’s concerts. She has also performed and recorded for artists like Snoop Dogg, Smokey Robinson, En Vogue, Moesha, Stevie Wonder, Earth Wind and Fire, and many others. She presently performs with California Philharmonic and various orchestras in Southern California. She has taught strings for the Arts Council of Conejo Valley and as adjunct violin professor at Westmont College in Montecito. She is presently a Suzuki and Strings instructor at the Viewpoint School in Calabasas. She also conducts the Camerata Ensemble and Philharmonia Orchestra for the Santa Barbara Symphony’s Youth Ensembles program. She also maintains a private violin and viola studio in her home and on Zoom.

For Marisa, performance is sustenance. She relishes the interdependence between art, the artist and the audience. And as a teacher and coach, she finds herself in the enviable position of being able to pass on to others the how-to of creating this loving relationship. 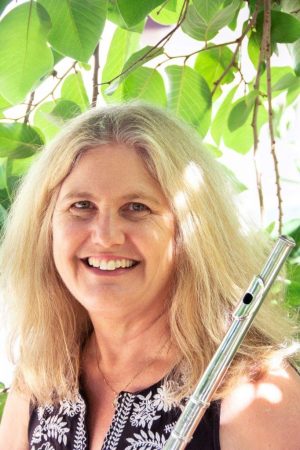 Karen Dutton was born and raised in Los Angeles, CA beginning her musical training at age 7 on the piano.  She began flute studies in junior high and was inspired by her junior high band conductor to continue her study of music in college.  She graduated from University of California Los Angeles with a B.A. in Music Education, Masters in Education and a Single Subject Credential in Music.  She has taught music in the Santa Barbara School District for the past 32 years. Currently, she teaches music at Adams Elementary School where she teaches both general and instrumental music classes to all students in grades K-6. She is co-founder of the District’s after school BRAVO! program which provides extended instrumental music instruction twice a week for students in grades 4-6. She conducts the Prime Time Pops Band and serves as the flute sectional instructor for that group. She serves as the flute instructor for the Nick Rail Summer Band Camp and she can also be found playing flute in the Santa Barbara Community College Flute Ensemble. 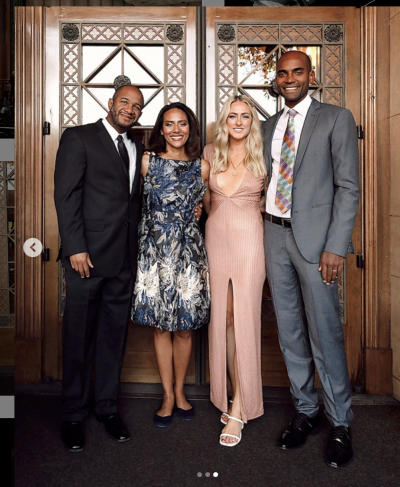