(January 2020) Santa Barbara, CA— The Santa Barbara Symphony kicks off the second half of its 2019-2020 season with Beethoven’s “Eroica” on January 18th and 19th at the Granada Theatre. The evening begins with Michael Torke’s Ash, followed by world-renowned Israeli pianists Sivan Silver and Gil Garburg performing a unique arrangement for piano four-hands and strings based on Johannes Brahms’ G minor Piano Quartet, Op. 25. The program will close with Beethoven’s revolutionary “Eroica” Symphony, conducted by Music & Artistic Director, Nir Kabaretti. The program has been made possible by the generosity of selection sponsors JoAnne Ando, Hans Koellner and Karin Jacobson, and Dr. Robert W. Weinman.

During this January Symphony Concert Week, Symphony donors who contribute $5,000 or more to the Annual Fund are invited to a special Prelude Event. This Prelude Event is scheduled for Friday, January 17th and will be hosted by Symphony Board Member Sarah Chrisman and her husband Roger. Wine and hors d’oeuvres will be served, and Music & Artistic Director Nir Kabaretti will introduce Sivan and Gil before the duo treats attendees to a preview of their masterful playing together on the Chrismans’ two grand pianos. Please contact Anaïs Pellegrini, Vice President of Advancement, at 805-898-0107 for more information about this event and annual giving opportunities at the Symphony.

Silver and Garburg will present a special arrangement of Brahms’ beloved Piano Quartet, Op. 25, created expressly for the duo by contemporary Austrian composer Richard Dünser, who combined Brahms’ two original versions of the quartet. After 20 years of playing together, Sivan Silver and Gil Garburg have established themselves at the top echelon of the music world. The duo has delighted audiences and critics alike on five continents with visually stunning and emotionally evocative performances.

“As a piano duo, it’s easy to make effects with virtuosity. But that alone is far too little,” the duo explains on their website. “We want to move our listeners emotionally and bring them to the core of the music.”

Honoring Beethoven’s 250th birthday, the symphony will close the evening with the intensely emotional Symphony No. 3 “Eroica.” Groundbreaking and heroic, Beethoven’s “Eroica” stretched the boundaries of form, length, and harmony. Commenting on the influence of Beethoven’s confessional and confrontational composition, American composer William Flanagan said, “The appearance of no single work has so completely and irretrievably altered the face of art.”

The Symphony will also be performing Michael Torke’s Ash, a winner of the American Prix de Rome as well as grants and prizes from the Koussevitzky Foundation, among others. Torke is one of a handful of American composers supporting himself entirely through his compositions. Ash was commissioned by the St. Paul Chamber Orchestra, and has been described as “eclectic with energy, a gleaming modernization of the dynamic motor rhythms that drive the Baroque masterpieces of Johann Sebastian Bach.”

Beethoven’s “Eroica” will take place on January 18th and 19th at the landmark Granada Theatre. Tickets can be purchased online at thesymphony.org, granadasb.org, or by calling the Granada Theatre Box Office at 805-899-2222.

About Sivan Silver and Gil Garburg

Acclaimed by audiences and critics alike, Sivan Silver and Gil Garburg have been invited to perform time and time again by top orchestras, festivals, and concert organizers, including Carnegie Hall, Lincoln Center, and the Vienna Musikverein. The duo has performed in approximately 70 countries on five continents, and have collaborated with the Israel Philharmonic, the St. Petersburg Philharmonic, the Melbourne Symphony and the Deutsche Kammerphilharmonie. Their recording of Mendelssohn’s concertos for two pianos and orchestra has been called “breathtaking” (Bayerische Rundfunk), “extremely exciting” (Süddeutsche Zeitung), and “brilliant” (Rondo). Their Stravinsky ballets CD has been described as “grandiose” (Pizzicato, Supersonic Award), “thrilling” (Fono Forum, CD of the Month) and “wonderfully enchanting” (Der Neue Merker). Since 2014, the Silver-Garburg Duo have occupied one of the few extant professorships for piano duo at the Graz University for the Arts. They present master-classes at leading academic institutes in Moscow, Beijing, Melbourne, Vienna, Jerusalem, Wellington, Helsinki, and more. Previously, they taught at the Hannover Musikhochschule, where they completed their studies in 2007 under Prof. Arie Vardi.

Internationally acclaimed conductor, Nir Kabaretti, has established an impressive worldwide career with a vast symphonic, operatic and ballet repertoire. Music and Artistic Director of the Santa Barbara Symphony, Kabaretti has been described as “a conductor with immense musicality and warm personality” by Maestro Zubin Mehta. This season Kabaretti starts his tenure as Music Director of The Israel Sinfonietta Beer Sheva, and continues as Music Director of the Southwest Florida Symphony. Upon graduation from the prestigious University of Music and Performing Arts in Vienna, Kabaretti began working as coach and Chorus Master at the Vienna State Opera and the Salzburg Festival. He was later appointed Assistant to the Music Director at the Teatro Real in Madrid and Personal Assistant to Maestro Zubin Mehta at Teatro del Maggio Musicale Fiorentino. Some of his engagements as guest conductor include the Israel Philharmonic Orchestra, Tokyo Philharmonic Orchestra, Taiwan National Symphony, Orquesta Filarmonica de Buenos Aires, Orquestre National du Theatre du Capitole de Toulouse, Orchestra Filarmonica Arturo Toscanini, Philadelphia Chamber Orchestra, Rochester Philharmonic, Zagreb

(Vienna), and a finalist of the 1994 Competition for Conductors in Douai (France), Kabaretti was also awarded the America-Israel Cultural Foundation Grant for Young Conductors. Upcoming engagements as guest conductor include a debut with the Bogotà Philharmonic Orchestra, a tour in Belgium with the Orchestre Philharmonique Royal de Liège and a return to the Opera di Roma.

A professional orchestra founded in 1953 on the belief that a special city deserves a special orchestra, the Santa Barbara Symphony is consistently lauded for its innovation, artistic excellence, commitment to delivering dynamic music education programs, and is widely recognized as one of the region’s premier cultural institutions. Under the artistic leadership of charismatic Israeli conductor and Santa Barbara resident, Nir Kabaretti, since his appointment in 2006, the Symphony is one of the few orchestras in the nation who found ways to bring the orchestra together for a full season of live broadcasts.  Its mission of bringing joy, engagement and connection to the community was amplified during the pandemic, when it was needed the most. As the only music education program tied to a Symphony orchestra in the region, its award-winning programs serve more than 10,000 students throughout Santa Barbara County each year. For additional information, visit TheSymphony.org.

Anne Akiko Meyers performs Fandango, an epic mariachi-inspired concerto, which recently made its world premiere with Gustavo Dudamel and the 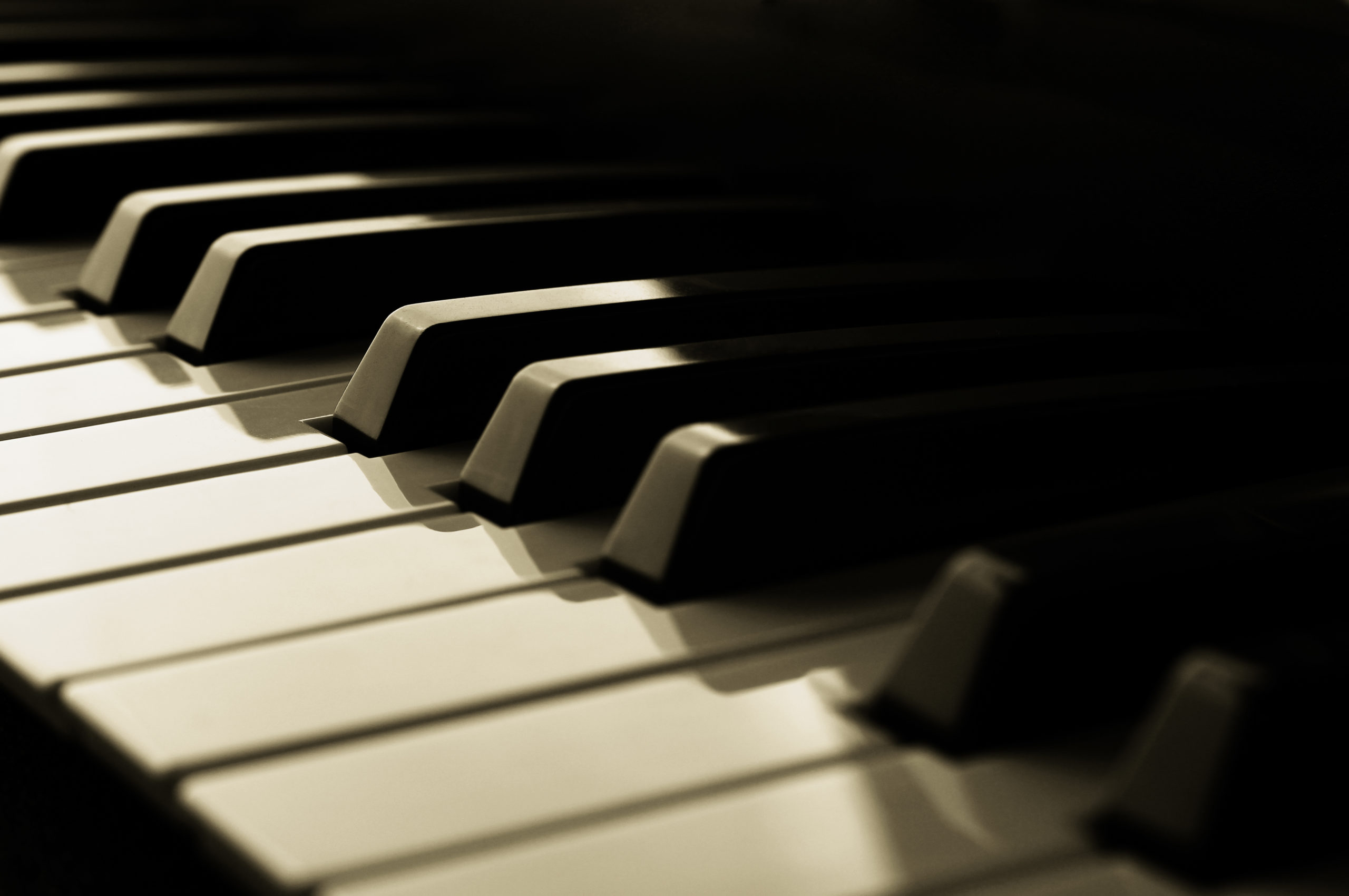