Tell us about yourself! What's your story?

I was born in Nanaimo, British Columbia, but moved to San Diego, California when I was two years old. My father was an accountant and my mother was a clinical lab scientist, but they both had a great love for music that was instilled in my sister and me. My first music performance was when I was three years old, singing at the top of my lungs in church. Then piano lessons began at four and my first competition at age six. My parents saw that music seemed to come naturally to me so by seven years old, they thought it was time to take up another instrument— the violin. To say that I was hesitant was an understatement. I was greatly against it since my younger cousin was already taking lessons and I was worried that I would never be as good as him. As much as I fought, I lost that battle and started lessons. I hate saying it, but they were right. I loved it! While piano was still a big part of my life, violin took center stage. By age 10, I was accepted into the Emmy award winning Disney Young Musician’s Symphony Orchestra. The performances were at the Hollywood Bowl and televised on the Disney Channel. This experience sealed the deal that music was what I wanted to do with my life. I attended the Eastman School of Music and Manhattan School of Music for my bachelors degree and USC for my masters degree where I was awarded “Outstanding Graduate.” I have played professionally with a number of groups in southern California but playing for the Santa Barbara Symphony has been the highlight of my career.

I currently live in Newport Beach with my husband and our three adorable dogs. He is a financial analyst but he actually played violin since he was three years old. He has been to almost all the Santa Barbara Symphony concerts since I have joined. We actually got engaged an hour before a rehearsal!

Music has always been the biggest part of my life, but as I have gotten older I have found other passions. One is running. As a kid, I hated playing sports. In fact, my lowest marks in school were in PE! My love for running started when I started taking fitness classes that featured running as one of the exercises. I then started with 5K races but have since worked up to half marathons. In the past three years, I have run eight half marathons and three Ragnar Relay races (12 person teams running 200 miles in 36 hours). This year, I was featured in the global ASICS Gel Cumulus Running shoe advertising campaign. That was one of the best experiences I have had in my life.

Besides running, my passion for helping people has grown. Currently, I am teaching violin and piano in my community. I have students who range from ages 7 – 50 in all levels. I also volunteer at our local food bank once a week with my mother where we package boxes of food for the needy that are transferred to local pantries.

What year did you join the Santa Barbara Symphony and WHY did you want to join?

What are you passionate about? What do you enjoy doing when you’re not making music?

What's your favorite memory of The Santa Barbara Symphony?

How would you describe a Santa Barbara Symphony performance to someone who's never previously attended? 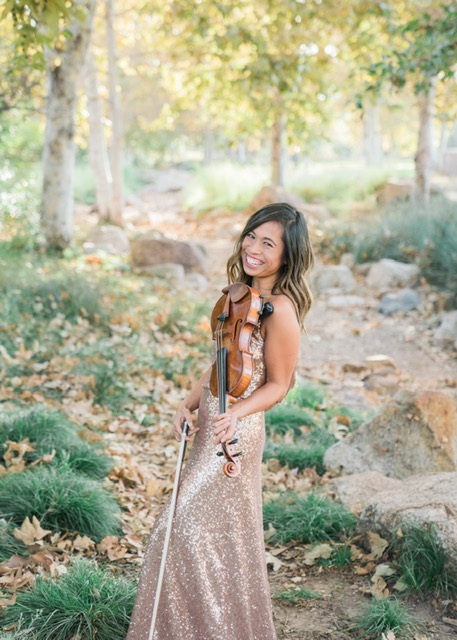