Music pulses through hearts and bodies, as Cameron Carpenter and The Symphony show us why the organ belongs in the spotlight.

As one of the most in-demand classical musicians in the world, Carpenter is shattering stereotypes and making the organ cool again. In fact, he is playing a brand new organ that is making its world debut at Sonic Boom. Read the story here.

Carpenter  Audiences will quite literally feel the sonic waves emanating from the organ. The haunting Poulenc Concerto for Organ, Timpani and Strings, evokes the suspense and drama of a movie thriller.

Sonic Boom is presented in collaboration with Through Vincent’s Eyes: Van Gogh and His Sources at the Santa Barbara Museum of Art and begins a new artistic synergy between the two organizations. In addition, the Saint-Saens’ third Symphony, with Carpenter’s organ, is a masterpiece that was written and performed in Paris during the time Vincent Van Gogh lived in the City of Light. Between the Museum of Art’s Van Gogh paintings and the The Symphony’s music of Saint Saens, The Santa Barbara community can experience the unique sounds and image of Paris in the late 1880s.

Poulenc | Concerto for Organ, Timpani, and Strings in G minor 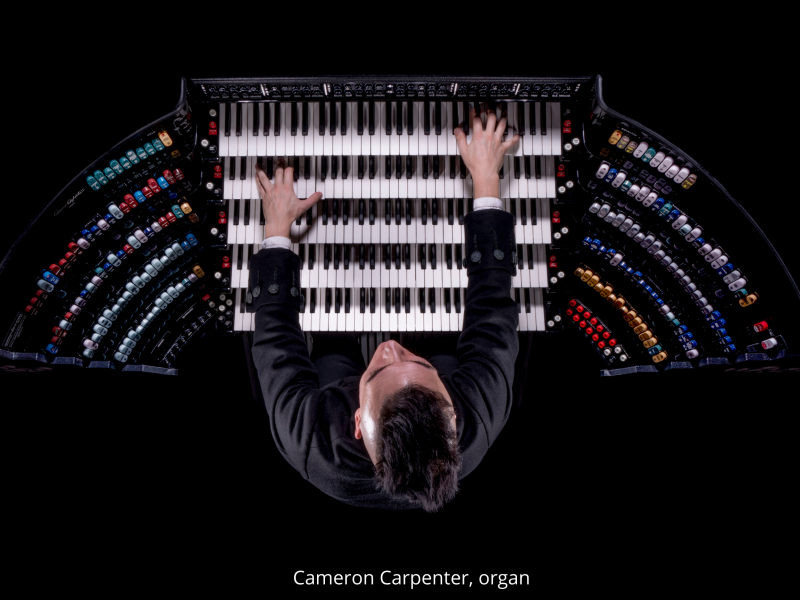 With his exceptional musicality, sheer endless technical ability and pioneering spirit, the extraordinary organist Cameron Carpenter is already leaving his mark on recent music history. Ever since the completion of his own instrument, the International Touring Organ (ITO) in 2014, Cameron defies initial skepticism towards this digital instrument and established the ITO on the world’s most prestigious stages. By now, he almost exclusively performs on the ITO, be it in recital or concerto appearances. This tailor-made instrument, based on Carpenter’s own plans, allows him to perform at almost any location worldwide. Thus far, he has taken it on tour to Australia, New Zealand, Russia and Asia in addition to numerous appearances around Europe and the US.