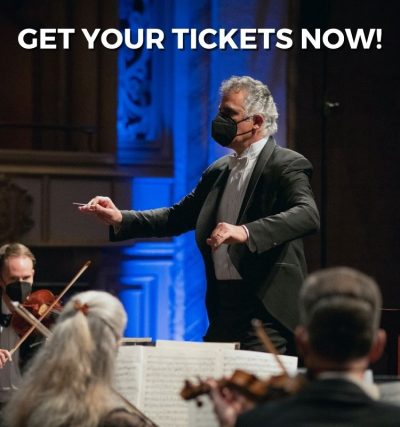 Jennifer Higdon is one of America’s most acclaimed and most frequently performed living composers. She has is a major figure in contemporary Classical music, receiving the 2010 Pulitzer Prize in Music for her Violin Concerto, a 2010 Grammy for her Percussion Concerto and a 2018 Grammy for her Viola Concerto, and a 2020 Grammy for her Harp Concerto. Most recently, Higdon received the Nemmers Prize from Northwestern University, given to contemporary classical composers of exceptional achievement who have significantly influenced the field of composition. Higdon enjoys several hundred performances a year of her works, and blue cathedral is today’s most performed contemporary orchestral works, with more than 650 performances worldwide. Her works have been recorded on more than sixty CDs, and her Percussion Concerto recording was recently inducted into the Library of Congress National Recording Registry. Higdon’s first opera, Cold Mountain, won the prestigious International Opera Award for Best World Premiere. Dr. Higdon holds the Rock Chair in Composition at The Curtis Institute of Music in Philadelphia.

“I love writing concerti because it gives me a chance to not only explore the different instruments’ qualities, but also because I get to experience the joy of the performer in displaying those qualities. Yolanda Kondonassis’ enthusiasm for her instrument is infectious. In order to show off the wonderful aspects of this grand instrument, I have created a 4-movement work:

“First Light seemed an appropriate title for the first musical glimpse of the harp. Lyrical and stunningly elegant in its solitary quiet, the music moves through musical conversations with various soloists and sections of the orchestra.

“Joy Ride is a romp through rollicking moods that shift constantly, carrying the soloist through dialogues with first the string section, then the wind section, followed by the percussion and then brass. This movement is all about joy.

“The Lullaby movement is designed as a chamber work; no orchestral sections play in this movement. The first collaborating instruments are the flute and viola, in honor of the first piece where I really became aware of the harp, the Debussy Trio.

“The final movement, Rap Knock, is named for the opening sounds played by the harpist. Most people associate the harp with having a “lyrical/ heavenly” quality, but I wanted to also allow the enthusiastic rhythmic color of this instrument to emerge. This movement is a real race to the end.

“The Harp Concerto was written for and is dedicated to Yolanda Kondonassis.”

Biography and program notes graciously provided by the composer.

This work was premiered on January 26, 2019, by the New West Symphony at Thousand Oaks Civic Arts Plaza conducted by Ankush Kumar Bahl.

Jeff Beal is an American composer of music for film, media, and the concert hall. With musical beginnings as a jazz trumpeter and recording artist, his works are infused with an understanding of rhythm and spontaneity. Steven Schneider for the New York Times wrote of “the richness of Beal’s musical thinking…his compositions often capture the liveliness and unpredictability of the best improvisation.” Beal’s seven solo CDs, including Three Graces, Contemplations (Triloka) Red Shift (Koch Jazz), and Liberation (Island Records) established him as a respected recording artist and composer.

Beal’s eclectic music has been singled out with critical acclaim and recognition. His score and theme for Netflix drama, House of Cards, has received five prime time Emmy Award nominations & two statues. Regarding his compelling score for the documentary, Blackfish, the late film critic Roger Ebert wrote of Beal’s ability to “invoke many genres; thriller, mystery, melodrama.” Another lauded documentary, The Queen of Versailles, opened the 2012 Sundance Film Festival. Michael Phillips of the Chicago Tribune wrote that, “scored wittily by composer Jeff Beal, the film glides along on Beal’s waltz theme, a theme full of elegance and class and a discordant hint of storm clouds.”

Scoring Ed Harris’ beautifully balletic painting scenes in Pollock was an exceptional opportunity for Beal. Film critic for the Los Angeles Times, Kenneth Turan wrote “To watch Lisa Rinzler’s expressive shots of Harris as Pollock create his paintings, especially the famously acrobatic drip canvases, to Jeff Beal’s Aaron Copland-influenced music is little short of thrilling.”
He has received nineteen prime time Emmy nominations for his music, and has won five statues. Other scores of note include his dramatic music for HBO’s acclaimed series Carnivale and Rome, as well as his comedic score and theme for the detective series, Monk. Beal composes, orchestrates, conducts, records and mixes his own scores, which gives his music a very personal, distinctive touch.

Born and raised in the San Francisco Bay Area, Beal’s grandmother Irene was a pianist who performed on the radio and as accompanist for silent movies. She was an avid jazz fan and gave him Miles Davis’/Gil Evans’ Sketches of Spain album when he was beginning his trumpet studies. Beal graduated from the Eastman School of Music, where he was commencement speaker and honored alumnus in 2011. He now mentors and encourages young composers as a participant in the Sundance Film Composer seminars and as a guest lecturer at conservatories. Beal met his wife, soprano Joan Beal at Eastman School of Music where the couple recently donated $2 million to the creation of The Beal Institute for Film Music and Contemporary Media.

The composer provided the following notes for The Great Circle.

“The Great Circle is a musical narrative in five parts, written in response to the Thomas Fire, and the Montecito mudslides of 2017-18. It is a piece about the complexity of our dance with our natural environment, i.e. the power of nature to both destroy and also regenerate itself. It is a mediation on the suffering, and compassion the community experienced during these times; an invitation to reflect on the past, the forces and elements, which also allow life to return in our future. The title comes from a poem by Wendell Berry copied below.

“A few global things about imagery – I’d like to include both images which feel both universal, natural, and evocative of the events and themes, and … the human scale of the events, evoking community, suffering & perseverance.

“1. EARTH – this is the “before” shots which evoke place – the natural beauty of Ventura, farms, agriculture, civilization, nature, macro elements, and our home as a sacred, beautiful place.

“2. AIR – this is inspired by the Santa Ana winds – how their presence tragically enabled the destructive power of the Thomas fire. images evoking the power of wind, dust, air, clouds moving quickly, trees bent, anything being affected by wind would be great – also possibly the dry drought years leading up to 2017 –

“3. FIRE – Images of the fire, the immensity of it, the smoke, walls of flames, etc. the immense speed and size of it. the human reactions to it, suffering, destroyed property, first responders, emergency crews, firefighting, battling to save homes. Aftermath of fire – ashes, barren land, building remains, people searching for (or finding) belongings, pets, survivors.

“4. WATER – this movement starts in a way to evoke the beauty of peaceful babbling brook, or gentle rainfall, which eventually turns into a torrent both from above and from below, – the mudslides, rush of water & debris, human reactions. The suddenness of it, velocity, power. The responders, rescuers, people searching for survivors, loved ones. gentle rainfall, torrential rainfall, storm clouds, etc.

“5. (re)BIRTH – these same elements which can destroy also give life back to us, the land heals, nature slowly returns, neighbors help each other rebuild their communities and sense of place returns. Any images of the land one year after the fires, signs of new life, the land ecosystem regenerating, healing. Neighbors helping one-another, reconstruction, memorials, etc.”

In the great circle, dancing in
and out of time, you move now
toward your partners, answering
the music suddenly audible to you
that only carried you before
and will carry you again.

When you meet the destined ones
now dancing toward you,
out of your awareness for the time,
we whom you know, others we remember
whom you do not remember, others
forgotten by us all.

When you meet, and hold love
in your arms, regardless of all,
the unknown will dance away from you
toward the horizon of light.
Our names will flutter
on these hills like little fires.

Biography and program notes generously provided by the composer.

The work was premiered on December 22, 1808, at the Theater an der Wien in Vienna with Beethoven conducting. It is scored for pairs of woodwinds with added piccolo, two horns, two trumpets, two trombones, timpani, and strings.

The town of Heiligenstadt, now a Vienna suburb, was a small country village in Beethoven’s day. It was here that he escaped a life of publishing deadlines and the many visitors who distracted him from composition. Heiligenstadt allowed him to work uninterrupted. In 1802 Beethoven spent the summer there while sorting out a much more serious problem. Recognizing his worsening deafness, he reached an emotional turning point where he resolved that either his life had to end in misery or continue with renewed resolve. He wrote a letter to his brothers explaining his plight. The “Heiligenstadt Testament” as it has become known, outlines Beethoven’s depression over his deafness, reading much like a suicide note.

Beethoven found solace at Heiligenstadt, returning there quite often, including the summers of 1807 and 1808. During those two summers he completed the Fifth and Sixth Symphonies and two piano trios. His happiest moments were spent reveling in the rural locale and allowing his pen to flow. Some of this undoubtedly found its way into the Pastoral Symphony – a work in five movements, each of which depicts a scene in the country.

The Pastoral Symphony opens with a movement entitled “Awakening of cheerful feelings on arriving in the country,” conspicuously lacking the propulsion and storminess that characterize most of Beethoven’s first movements. Inching along at a leisurely pace, the movement is dominated by the principal theme. “Scene at the Brook” is remarkable in its woodwind quotations of cuckoos, quail, and nightingale calls, while rippling string figurations are descriptive of the flowing brook. The final three movements are played without pause. “Merry Gathering of Country Folk” portrays a rustic festival in which the folk dancing becomes increasingly frenzied until it is interrupted by the “Thunderstorm” as the next movement begins. With timpani providing the thunder and the orchestra portraying blustery wind and lightning strikes, this is one of the most memorable musico-meterological examples of a storm ever set to staff paper. As the weather clears, Beethoven’s finale begins with the translucent sound of the clarinet. “Shepherd’s Song, Happy and Thankful Feelings after the Storm” builds gradually as Beethoven’s hymn to the simple beauty of rural life comes to a poignant conclusion.

The mammoth concert at which the Pastoral Symphony was first heard was held at Vienna’s Theater an der Wien on December 22, 1808. At least three hours in duration, the event was an important one for Beethoven with world premieres of the Fifth and Sixth Symphonies, the Choral Fantasy, and the Fourth Piano Concerto. Viennese premieres of sections of the Mass in C and the dramatic concert aria Ah! perfido filled out the program.