Board Officers, Chair of the Board

Garufis began her banking career as a teller more than 45 years ago with Security Pacific Bank, now Bank of America. She rose through the ranks of retail banking and after completing the Security Pacific Management Training Program, successfully led retail banking, commercial banking and private banking organizations. She joined Montecito Bank & Trust in 2004 and became the bank’s President and Chief Executive Officer in September, 2006 and became Chairman & CEO of the Board in April, 2017.

She was born in Los Angeles and graduated from Marymount High School. She attended UCLA and holds B.A. and M.A. degrees from California State University Northridge and is a graduate of Pacific Coast Banking School at the University of Washington. She moved to Santa Barbara in 2002 to attend the Gevirtz Graduate School of Education, UC Santa Barbara to earn a Ph.D in Composition and Rhetoric.

Garufis actively contributes her time and talent to industry associations as well as local non-profits. She is a past Chair of the Western Independent Bankers Association.  She is also a Director of the Pacific Business Management Institute of Pacific Coast Banking School. In early 2014, Garufis was invited to join the Community Depository Institutions Advisory Council of the Federal Reserve Bank’s 12th District (CDIAC) and was named the Chair of that council in February 2015. In that capacity, she also served on the national CDIAC and was chosen as the National CDIAC President in 2017.

Garufis serves as the Chair of Sansum Clinic® Board of Trustees and is a director and a Past President of the Scholarship Foundation of Santa Barbara Board.  She serves on the Board of Directors for Santa Barbara Symphony, the Economic Forecast Project and the Goleta Chamber of Commerce.  She serves on the Advisory Board of Casa Pacifica and the Leadership Council for CASA.  She also co-chaired the Santa Barbara Children’s Library Campaign and is a cabinet member of the current CALM development campaign.

Ms. Garufis continues to enjoy new challenges as an endurance athlete, completing her first sprint Triathlon in 2011 and her first Marathon in December 2012. She celebrated a milestone birthday by running the 2014 Paris Marathon. She has completed two international fundraising hiking trips with CADA and is preparing for the third in 2019.  She enjoys spending as much time as possible enjoying the Santa Barbara outdoors. And, she visits her 3 granddaughters as often as she can. She enjoys gourmet cooking and baking for friends and family, tending to her organic vegetable garden, and playing with her two rescued terriers, Giacomo (Jack) and Isabella (Bella). 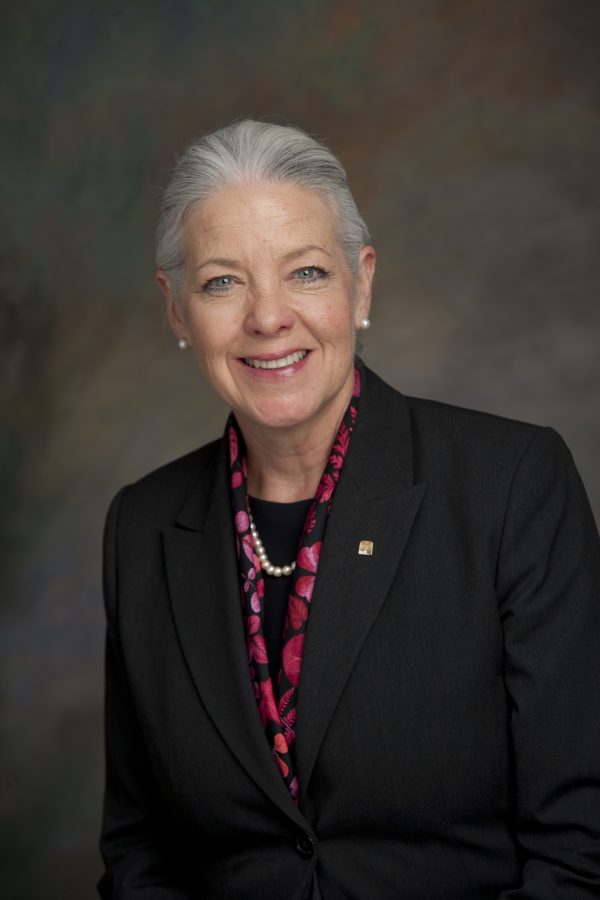