Board of Directors, Director

Isabelle Meyer Stapf is a global executive who scales and grows businesses with a unique blend of expertise in operations, product management, marketing, customer success and engineering.

With a degree in Industrial Engineering and Operations Research from UC Berkeley, Isabelle launched her tech career at Cisco Systems in the Silicon Valley. She completed her M.S. from Stanford University in Management Science and Engineering, and made her way back to Santa Barbara in 2004, joining local tech company Commission Junction (which became a part of ValueClick and now a subsidiary of Publicis). After leading Value Added Services, Growth and Partnerships for Appfolio, In., she joined WELL Health, where she runs the Product Management organization.

Isabelle has a deep connection to Santa Barbara, having moved there as a child from Paris, France. During her childhood and teenage years, she spent all school years in Santa Barbara and traveled to France to spend summers with her grandparents. Isabelle moved away from Santa Barbara to pursue her degrees and start her career, but always knew she’d find a way back, which she did in 2004! In her spare time, Isabelle spends her Saturdays making bouquets for the Santa Barbara Dream Foundation Flower Empower program, serves on a few local non-profit boards, and enjoys time with 3 her kids and husband, practicing yoga regularly, traveling, and looking for ways to include music in the lives of those around her. 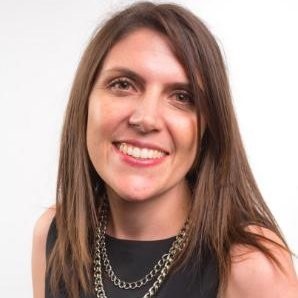