Howard Jay Smith has served on the Board of Directors of the Santa Barbara Symphony for six years. He is a Vice President and Wealth Advisor at Morgan Stanley as well as an award winning novelist. He has also served: as Board Chair for the Ventura County Economic Development Association; on the Board of the Council of Charitable Gift Planners; the Planned Giving Advisory Council at CSUCI; the World Affairs Council; the Ventura County Film Counsel; the Economic Development Collaborative of VC; President of the Ojai Valley Chamber of Commerce, and Secretary of the Ojai West Rotary. For his decades of work, Smith has been awarded two Certificates of Special Congressional Recognition and has been honored by the Ventura County Board of Supervisors and both the California State Senate and Assembly. He was named Business Executive of the Year by the Ventura County Leadership Academy; as Small Business Advocate of the Year by the SBA and as a Top Regional Business Leader three separate years by the Pacific Coast Business Times. His novel, “Beethoven in Love; Opus 139,” won the Profant Foundation for the Arts Award for Excellence in Writing, and he is currently writing, “Meeting Mozart in Venice, Vienna & Prague; From the Secret Diaries of Lorenzo Da Ponte.” Smith has been a supporter of Opera Santa Barbara, the Granada Theater, the Santa Barbara Maritime Museum, and The American Beethoven Society. 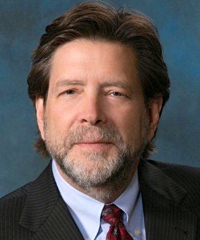