George Konstantinow is a biomedical engineer and information technology professional from Santa Barbara, California. He earned a Ph.D. in

Biomedical Engineering and Computer Science from the University of North Carolina, Chapel Hill, School of Medicine, and began his career as a medical researcher at Duke University Medical Center, where he pioneered new computer imaging methods used in cardiac diagnostics and medical device development for cardiothoracic surgery. George moved to Santa Barbara for the second phase of his career as a software engineer, Information Technology Manager, and Director of R&D in the aerospace & defense and telecommunications industries in Southern California and the Bay Area. He rounded out his career in Santa Barbara as a consultant and independent contractor in healthcare information technology and medical informatics. After retiring, George turned his interest and energy towards nonprofits in the arts and sciences in Santa Barbara. Together with his wife, Helene Segal, he remains an avid supporter of the Santa Barbara arts community. He is on the Board of Directors of the Ensemble Theatre Company and the Santa Barbara Symphony, and is a long-time supporter of Opera Santa Barbara and the Santa Barbara Museum of Art. 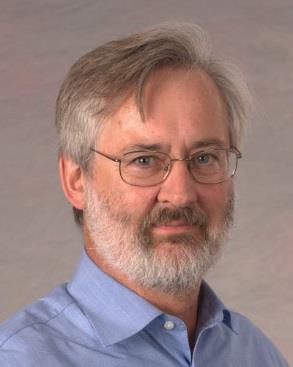