Board Officers, Chair of Governance

Mr. Burnham is a retired chairman and chief executive officer of Raytheon Company, a technology and innovation leader specializing in defense, civil government, and cyber security markets throughout the world. Mr. Burnham joined Raytheon from AlliedSignal, Inc., where he was vice chairman of the board of directors.

Mr. Burnham is a former director of AlliedSignal, Inc., Bank of Boston Corporation, FleetBoston Financial Corporation, First Data Corporation, Green Hills Software, Inc., and the Congressional Medal of Honor Foundation. He is past chairman of the Minority Supplier Development Council; the President’s National Security Telecommunications Advisory Committee; the Aerospace Industries Association; and a past member of the Business Council. He is on the boards of the Santa Barbara Center for the Performing Arts and Community Arts Music Association of Santa Barbara.

Mr. Burnham is a member of the UC Santa Barbara Gold Circle Society and was a member of the Trustee Advisory Committee on Isla Vista Strategies in 2014. He was co-chair of the Arts & Lectures Council from 2010-2016. Mr. Burnham has been a trustee of the UC Santa Barbara Foundation since 2005 and served as chair from 2009- 2011. He has served on the nominations committee and currently serves on the executive committee. 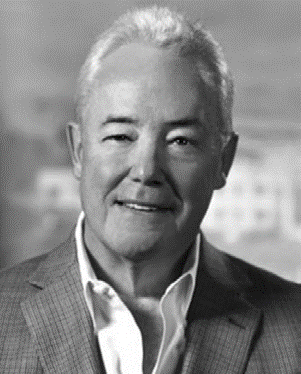