Stephen Erickson loves art and music, especially live symphonic music.  He is very grateful that Santa Barbara has such a wonderful local Symphony that produces dynamic concerts, community engagement programs, and local music education!  Mr. Erickson is a native of Santa Barbara and enjoyed growing up in this small fishing village, living on the mesa, and attending the local public schools.  He first subscribed to the Santa Barbara Symphony concert season in the early 1990s while working before attending law school at UC Hastings in San Francisco.  While attending law school, Mr. Erickson subscribed to the San Francisco Symphony concert season every year.

Mr. Erickson is a partner at the law firm Rogers Sheffield & Campbell, LLP and his practice areas include: business and commercial contract negotiations; entity formations and transactions; real estate acquisitions, sales, land use planning, development, construction, and other transactions; and estate planning and administration.  Mr. Erickson serves domestic and international clients with respect to their interests throughout California.  He enjoys long lasting relationships with many of his clients.  Mr. Erickson has developed a unique expertise in representing buyers and sellers of large estates, and advising on all aspects of the construction and management of such estates.  A career accomplishment was partnering with an insurance underwriter to develop a unique course-of-construction insurance policy for large residential projects that incorporates geologic and hydrologic coverage previously included only in commercial construction policies.  Mr. Erickson also has considerable experience and expertise in structuring inbound investments by foreign clients.

Mr. Erickson is honored to have been a board member of the Santa Barbara Symphony for over ten years and he and his wife have been patrons and season subscribers for many more.  Mr. Erickson believes in the importance of music education and attributes his appreciation for classical and other music in large part to his being able to play musical instruments through the public school programs that existed in Santa Barbara when he grew up here.

Mr. Erickson received his undergraduate education from the University of California at Santa Barbara (UCSB), earning Dean’s Honors in 1993 and 1994, and graduating in 1994.  He received his J.D. from the University of California, Hastings College of the Law in San Francisco in 1998.  While at Hastings, Mr. Erickson received the American Jurisprudence Award for Wills and Trusts, and served as a Judicial Extern to the Honorable Robin L. Riblet, United States Bankruptcy Judge for the Central District of California. 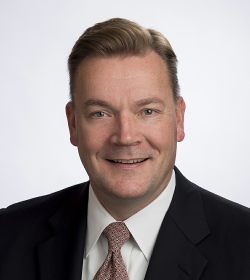