Each month at 2 PM (before the Sunday matinee) Maestro Nir Kabaretti shares insightful details about the production live from the stage.

Escape the mundane and experience the power of musical transformation. From Maurice Ravel’s compelling Bolero, which begins small and transitions into a sonic tidal wave, to Richard Strauss’ Death and Transfiguration about human transitions, to jazz saxophone legend Ted Nash’s personal journey as depicted on his newest composition Transformation for Symphony Orchestra and Narrator.  You’ll emerge refreshed, re-energized and ready for reality. 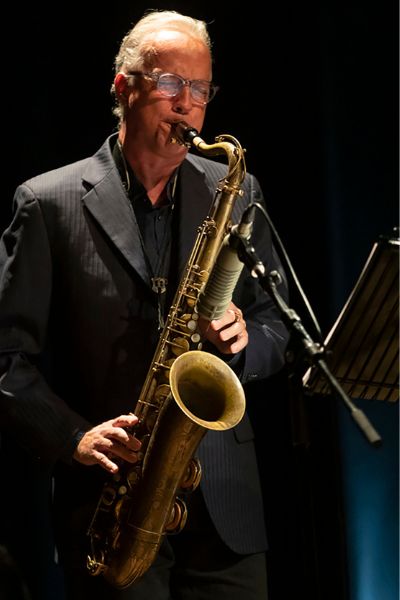 Born in Los Angeles into a musical family (his father, Dick Nash, and uncle, the late Ted Nash, were both well-known jazz and studio musicians), Nash has that uncanny ability to mix freedom with substance, blues with intellect, and risk-taking with clarity. He is a co-founder of the New York-based Jazz Composers Collective, a musician-run, non-profit innovative entity dedicated to presenting the original works of composers pushing the boundaries of their self-expression. Nash is also a long-standing member of the Jazz at Lincoln Center Orchestra, with Wynton Marsalis.

Nash has become one of the most significant jazz composers of the 21st century. His recordings have received wide critical acclaim, appearing on the “best-of” lists in The New York Times, The New Yorker, The Village Voice, and The Boston Globe. Portrait in Seven Shades, his first big band recording, garnered two Grammy nominations. His following big band album, Chakra, received critical acclaim and charted on Billboard.

Please note: The safety of our patrons, artists, orchestra members, and staff is our top priority.

The Granada Theatre continues to create comprehensive safety protocols that meet changing government guidelines and ensure the comfort of audiences.

Throughout the season, we anticipate evolving guidelines which may impact policies on mask wearing, proof of vaccination, low-touch ticketing, concessions, and more