Join us again for Fandango Picante

Thank you for joining The Symphony for Royal Fireworks! To "spark" your enthusiasm, we are offering you a special 20% discount off our upcoming concert, "Fandango Picante!"

Use promo code "JAN20" when you purchase your tickets

Join us again for Fandango Picante

Single tickets are on sale now via the Granada Theatre. 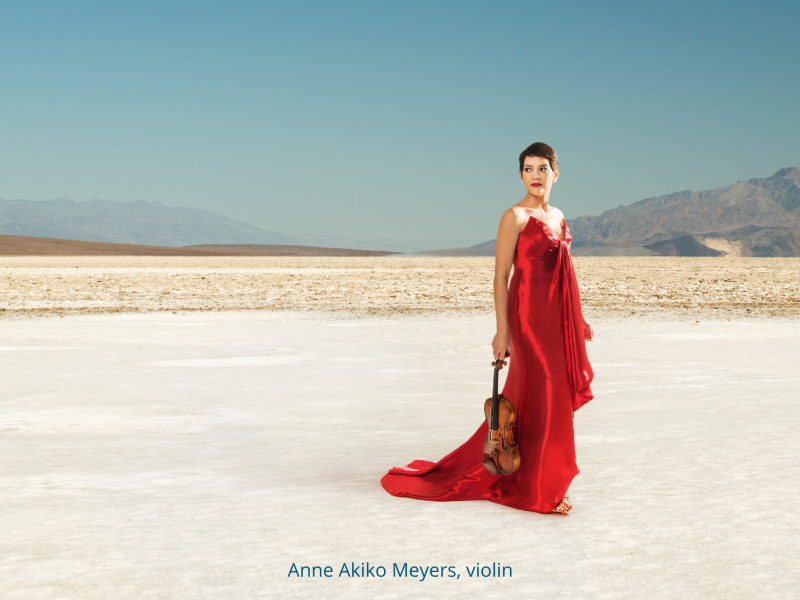 Anne Akiko Meyers is an international artist renowned for her impassioned music-making, technical brilliance and compelling stage presence. She has soloed with major orchestras from around the world, including the Boston Symphony, Los Angeles Philharmonic, New York Philharmonic, Philadelphia Orchestra and the St. Paul Chamber Orchestra. She has also performed on television in many live concerts and appeared on The Tonight Show with Johnny Carson. She has been a consistent champion of living composers’ works, a noted interpreter of traditional repertoire, and in 1993 was the sole recipient of the prestigious Avery Fisher Career Grant.