“E.T.,” “Star Wars,” ”Jaws” — Five-time Oscar© and 12-time Grammy©-Award winner John Williams has been composing film scores for Hollywood’s blockbusters for more than 50 years. His collaborations with directors Stephen Spielberg and George Lucas, whose movies attained cult status, not least because of his unmistakable music, are legendary. Hear and watch these powerful cinematic moments come to life through the magic of live orchestral accompaniment. This concert is part of the Granada Synergy Series. 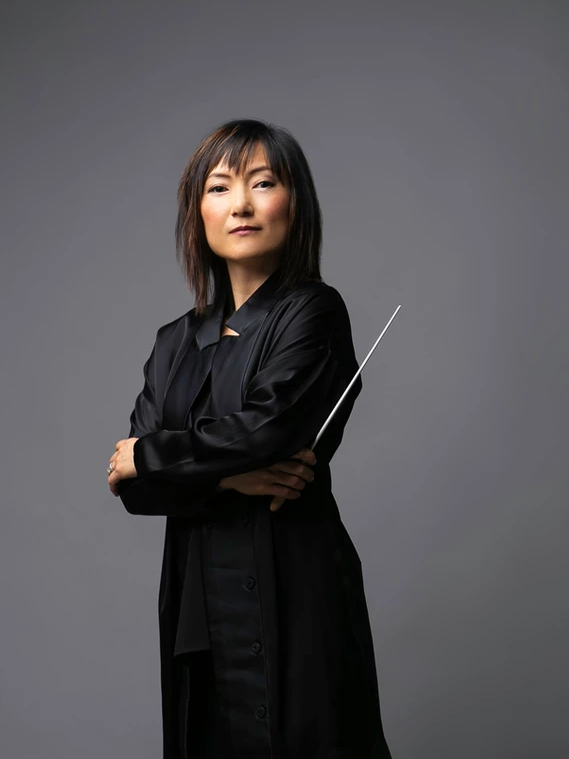 Conductor Rei Hotoda has been hailed as an inexhaustible dynamo with a deep commitment to reimagining the 21st century concert experience. Her vision can be seen through her thought-provoking programming, passionate allyship to marginalized artists, advocacy for arts education, and an unwavering commitment to presenting the music of our times.

Her success as the Music Director of the Fresno Philharmonic since 2017 has resulted in the extension of her tenure through the 2025 season.

Rei has appeared as a guest conductor with many of today’s leading ensembles, including the Symphony Orchestras of Baltimore, Chicago, St. Louis, Dallas, Detroit, Toronto, Winnipeg, Hawaii and Utah as well as the Civic Orchestra of Chicago, among others. Her interpretations of such epic centerpieces of the classical canon such as Shostakovich’s Symphony No. 8 and Britten’s War Requiem, make her one of the most sought-after conductors of today.

Please note: The safety of our patrons, artists, orchestra members, and staff is our top priority.

The Granada Theatre continues to create comprehensive safety protocols that meet changing government guidelines and ensure the comfort of audiences.

Throughout the season, we anticipate evolving guidelines which may impact policies on mask wearing, proof of vaccination, low-touch ticketing, concessions, and more